During recent years, an increasing amount of research with compel 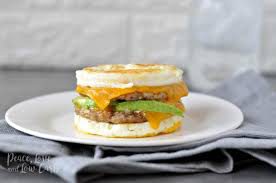 has accumulated and been submitted for publication in scientific journals about diet and its links with chronic disease.

Again low carb diets are in the spotlight and have been identified as being particularly healthy in the management of a number of diseases including epilepsy, type 2 diabetes, PCOS, rheumatoid arthritis, chronic inflammatory and for pain management.(1)(2)(3)(5)(6)

Keto diets are one such diet characterized by a reduction in carbohydrates (usually to less than 50g/day) with a relative increase in protein and fat. (4)

It is a well-established dietary protocol for treating epilepsy and has become even more widely known for rapid weight loss.

Confusion, however, amongst both health professionals and patients about the suitability of low carb, and increased protein and fat diets exists. Much of this revolves around just how low carbohydrate intake is required and which type; how much protein; and how high an intake of fat is safe and sustainable in humans?

The basis of low carb is that you are shifting the calories away from foods that typically demand insulin, the hormone that stores energy and facilitates fat accumulation. It takes about three days to rid the body of the metabolites of glucose and force the body into a state of ketosis where ketones are used instead of glucose for energy. There is a distinct difference between dipping even further to produce keto acidosis as seen in diabetes type 1.(Paoli et al)

A knowledge of carbohydrate contribution in food portions is critical to keep circulating levels of glucose low but not so critically to be unsafe. The same is required for fat and protein as caloric intake and nutrient density can become a fine balance.

Recent studies suggest that low carbohydrate diets appear to be safe and effective over the short term, but may not be easily sustainable long term. What is shown th

at any improvement in weight loss has a significantly positive effect on inflammation and improved blood glucose control.

It is important to talk with a clinician experienced in nutrition, or a clinical nutritionist before starting a strict diet if you have medical concerns such as blood pressure, blood glucose, urinary ketones, blood lipids, cardio vascular issues and uric acid.